Ann Dumas
(Curator of the Royal Academy of Arts) 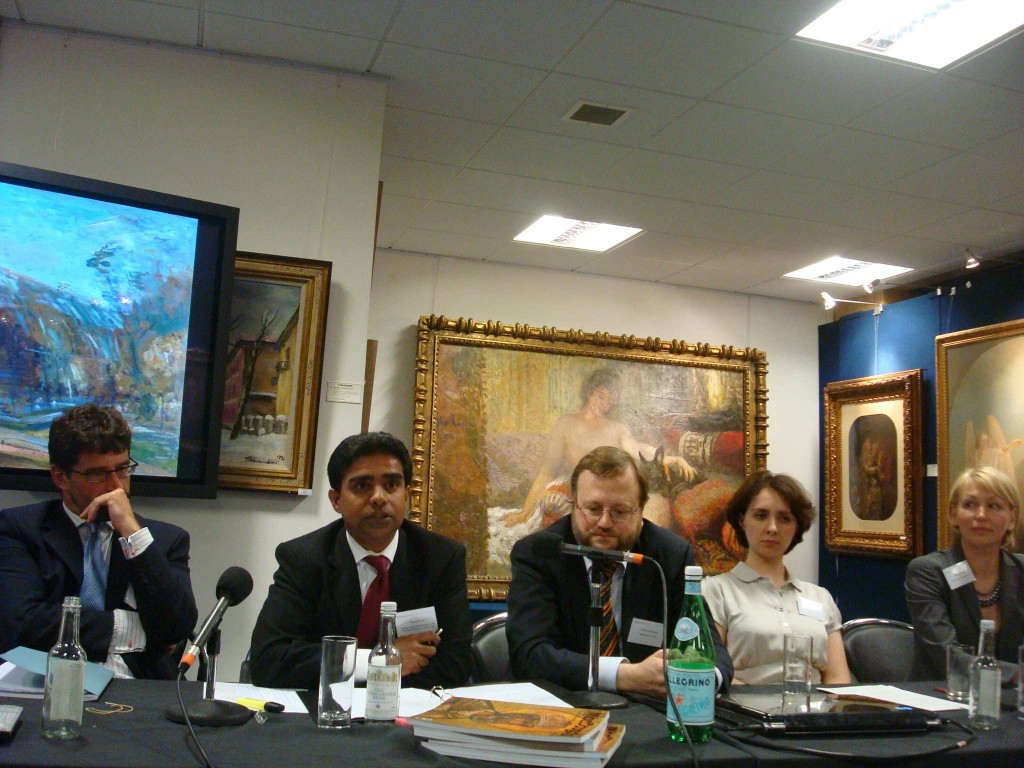 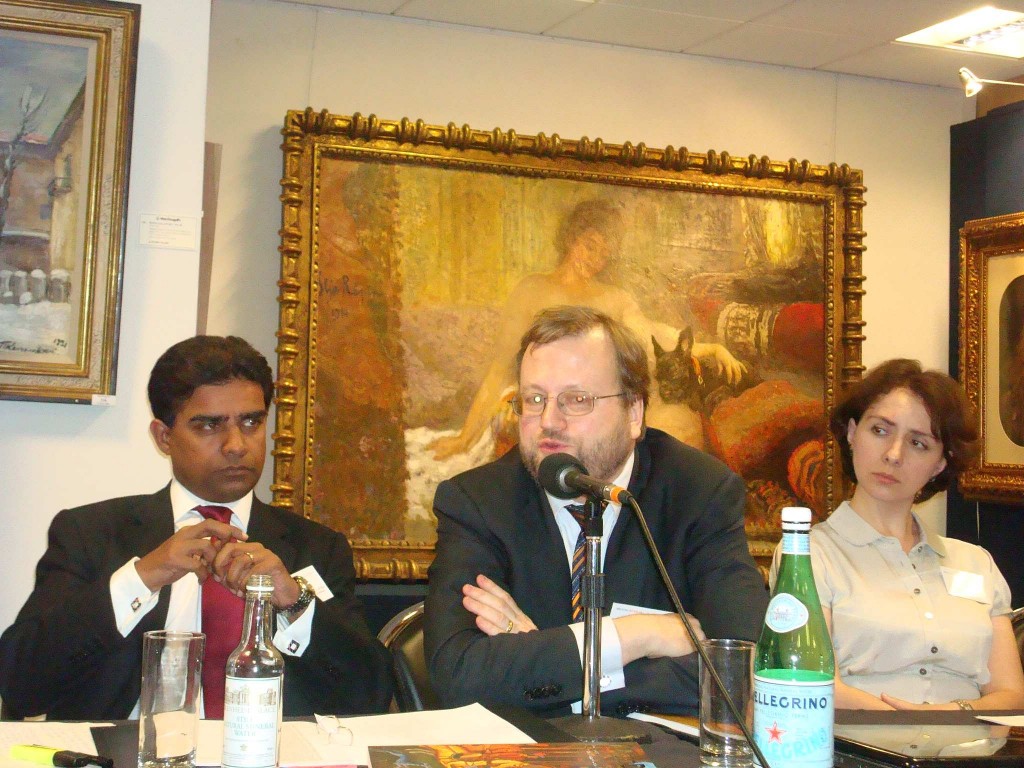 Buying, selling and exhibiting art in Russia and England and the associated commercial and legal issues were the subject of the Art Law seminar organised in association with Pushkin House and MacDougall Auction House (an auction house specialising solely in Russian Art). The seminar was held on 2nd June 2009 and coincided with the annual Russian Art Week in London. The venue was the beautiful exhibition hall of MacDougall Auction House where participants were able to view a wonderful collection of exhibited art works including a rare painting by I. Repin. The seminar was followed by a drinks reception sponsored by Peter Hambro Mining Plc and we were pleased to have Mr Peter Hambro as a guest at the seminar.

In the first part of the seminar comprised of presentations by Ann Dumas, the Curator of the Royal Academy of Arts and Olga Yadina-Mazure, a former in-house counsel at the Hermitage Museum. The second part was was devoted to a case study based discussion chaired by Rupert Dâ€™Cruz (Secretary of the BRLA). The case study was presented by Adrian Parkhouse, the Head of the Art & Heritage Group of Farrer & Co and the guest contributors were William MacDougall, Director of MacDougall Arts Ltd, Ludmila Lipskaya, Art Adviser and Consultant at Pavda, Haslam-Jones & Partners, Ann Dumas and Olga Yadina-Mazure.

Ann Dumas was personally involved in organising the Royal Academy of Arts (â€œRAAâ€) exhibition â€œFrom Russia: French and Russian Master Paintingsâ€ which was held at the RAA between January and April 2008. She provided a fascinating first-hand account of the efforts involved overcoming the difficulties and controversies that surrounded holding it.

The exhibition was widely anticipated and was an historic occasion as it involved the loan of classic masterpieces by French and Russian artists of 1870-1925 by four major Russian museums: the Hermitage, the Pushkin Museum, the State Russian Museum and the State Tretyakov Gallery. It was not clear until the last moment if it proceed because the Russian Ministry of Culture was reluctant to allow the art works to be loaned to the RAA due to the absence in the UK of immunity legislation protecting art works loaned by foreign museums from ownership claims. The possibility existed of such claims being made by descendants of the original owners, Sergey Schukin and Ivan Morozov to paintings that were confiscated after the 1917 Revolution. Only the direct interference by James Purnell, the then Secretary of State for Culture, in the form of emergency â€œimmunityâ€ legislation enabled the event to proceed.

The next presentation was given by Olga Yadina-Mazure who provided a detailed review of the Russian and European legal framework in relation to the return of art works confiscated or seized during war conflicts. She paid particular attention to the handling of art treasures seized/confiscated by the Russian Army during the World War II and the relevant legal procedure. In the 1950s add 1960s about 1.5 million art objects were returned by the former USSR to the Dresden Gallery. More recent examples of returned art include stained glass panels to Germany and historical books to Hungary in 2002. Currently the art repatriation process is regulated by the 1998 Federal Law on Cultural Valuables Displaced to the USSR during the course of World War II. However, this law only regulates the return of cultural treasures between states – not between a state and a private individual. At present, the only example of a partially successful claim by a private person against a state is the ongoing claim filed 10 years ago by Martha Nierenberg against Russia in relation to the Herzog collection.

The second part of the seminar involved discussion of issues raised by a case study prepared by Adrian Parkhouse based on a hypothetical purchase by a private collector of a painting by a famous Russian artist previously acquired at auction and is delivered to a buyer in Moscow/London. 5 issues arose:

Adrian Parkhouse outlined the relevant legal position and approach to the issues in English law and Olga Yadina-Mazure did the same from a Russian law perspective. William MacDougall shared his personal practical experience on attribution, auction payment obligations, export/import implication and tax consequences. Ludmila Lipskaya gave a detailed and practical review of the relevant law and procedures for export and import of acquired art objects to and from Russia and the relevant tax implications.

The case study was followed by question time, after which the participants enjoyed an informal drinks reception and views of the beautiful paintings and icons exhibited at MacDougall’s.